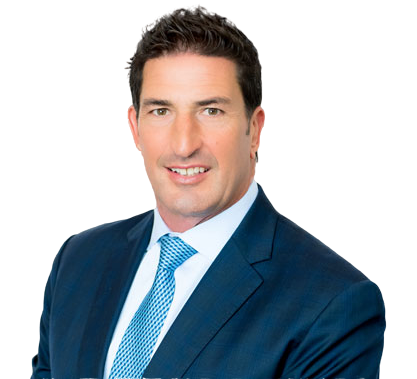 Dr. Sergio F. Azzolino is an internationally renowned clinician who has been serving his profession and patients from around the world since 1995. In 2012 he was appointed by Governor Edmund G. Brown, Jr. to the California State Board of Chiropractic Examiners, and continues to serve as Chairman of the Board.  He is President of the American Chiropractic Neurology Board, an Assistant Professor of Clinical Neurology for the Carrick Institute for Graduate Studies.  In his commitment to training Naturopathic and Chiropractic residents, Dr. Azzolino is post-doctorate faculty of Life University, Palmer University, Logan Chiropractic College, Bastyr University, National University of Natural Medicine.

Dr. Azzolino blends his background in nutrition and sports medicine with years of advanced post doctorate training in Functional Medicine and Neuroimmunological Studies to provide a comprehensive and unique approach to patient care.  He has expertise in Post Traumatic Brain Injury, vestibular and movement disorders,  and various neurological disorders and is able to assist in the non-pharmaceutical treatment of these conditions in all age groups.

He is director of Azzolino Chiropractic Neurology & Integrative Wellness, a multidisciplinary practice of functional neurologists, medical and naturopathic physicians specializing in the diagnosis, treatment and rehabilitation of complex health issues, as well as longevity medicine. Dr. Azzolino works with numerous professional athletes from the NFL, NHL, and MLB and utilized a unique brain based approach to help to helping them maximize their function.  Patients from around the world have traveled to Dr. Azzolino’s center and benefited from his clinical acumen.

He is on the Medical Advisor board of the One Hit Away foundation.  He served as a faculty member at Life Chiropractic College West where he was a senior instructor in the clinical science department and has written several courses and lectures on various neurological conditions such as peripheral neuropathies, repetitive stress injuries, and post-traumatic head injuries.  From 2008-2010, Dr. Azzolino served as the Northern California Delegate to the American Chiropractic Association. He served as a Qualified Medical Evaluator in the State of California and as an expert witness for disputes in workers’ compensation and personal injury cases.

Dr. Azzolino is a native San Franciscan, graduate of Saint Ignatius College Preparatory, and a San Francisco State University Alumnus. He is a supporter of numerous local charities. Dr. Azzolino has carried his knowledge abroad to provide charitable services to patients in many countries; he was a member of the Airline Ambassadors International and Wheel Chair for the World Foundation health care teams, providing care to children in orphanages in Ecuador. In his off time, he enjoys spending time with his family and children.