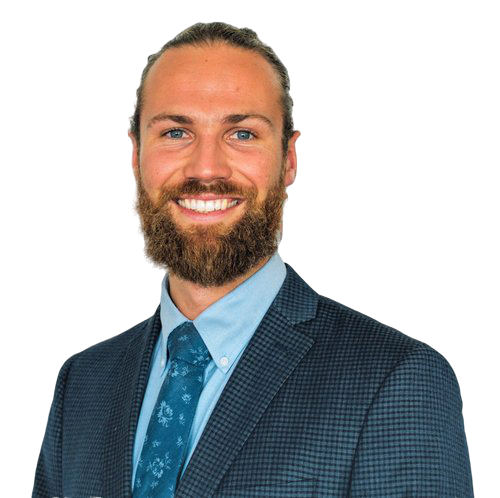 Dr. Tom Le Lievre grew up on the beautiful island of Jersey in the British Isles. He completed his undergraduate at Loughborough University, England, where he graduated with first-class honors in Exercise Science. Dr. Le Lievre was a college athlete and patient of Jean-Pierre Meersseman’s, the former medical team director at AC Milan football club. He encouraged Dr. Le Lievre to apply to chiropractic college in the USA, and a few months later, he had earned a scholarship to study at Life University in Atlanta, Georgia, where he received his Doctor of Chiropractic. During his time at Chiropractic College, Dr. Le Lievre immersed himself in applied clinical neuroscience and neurophysiology, delivering regular lectures to the student body. He would go on to graduate as Salutatorian, receiving the Learning Theory and Critical Thinking award.

Dr. Le Lievre attributes his initial interest in health to his mother, who was always exploring alternative and natural ways to take care of her and her family. This, combined with a myriad of sports-related injuries, eventually saw Dr. Le Lievre wind up in a chiropractor’s office. He was intrigued by the unique manner that his chiropractor assessed the body as an interrelated whole instead of separate organs, systems, and parts. This initiated an interest that would later develop into a deep passion for studying the true meaning of health and a paradigm that acknowledges the body’s ability to heal and thrive with a focus on preventative and proactive health.